“Our entire Board can’t think of a better way to begin the new season than with Maestro Matthew Troy agreeing to extend his contract with Western Piedmont Symphony for another five years. His creativity and ideas for programming during the COVID pandemic in 2020 went beyond our expectations as he implemented ways to keep music alive in us during a time when live performance wasn’t possible,” said WPS Board of Directors Past President Sharon Goodwin. “In 2021, he brought live performance back with Side/Show small chamber performances in venues downtown, but also the surprise of a Halloween performance with WPS playing the musical score with a screening of the 1934 film classic, Frankenstein. Maestro Troy’s future programming and abilities on the podium will prove unmatched depth and diversity in live performance for our arts community.”

“North Carolina, and now specifically Hickory, is my musical home, and I am so very excited to deepen my relationship with this wonderful community in the years to come. Since my audition, I have known that this orchestra, this city, and this entire region, all are brimming with potential,” stated Music Director Matthew Troy. “I have great enthusiasm to continue making music with my colleagues at WPS as we work hard to drive the orchestra to new artistic heights with a goal to bring great musical and cultural experiences to this community. This region benefits greatly from having a highly trained professional orchestra, and we take our commitment to the people of this community very seriously.”

“As we look towards a post-pandemic future together, I am fully committed to the highest level of artistic excellence because our audiences deserve nothing less. I am also excited to continue the efforts of the Western Piedmont Symphony to make our events more representative of the area, as well as being even more diverse and inclusive,” added Troy.

“On behalf of the members of the orchestra, the orchestra committee, and myself, we offer a hearty congratulation to Maestro Troy upon the renewal of his position with the Western Piedmont Symphony. Under his leadership, the musical artistry of the ensemble has been noticeably elevated and the artistic vision of the organization made broader, forward moving while maintaining and respecting the rich legacy. He has always been mindful of the members of the ensemble, listening not only to our music making, but also our needs as a collective ensemble as well as individuals, resulting in amazing performances,” said Shawn Roberts, Chair of the WPS Orchestra Committee. “From the beginning (when heavy thunderstorms threatened his debut appearance), he has risen to every challenge, from lockdowns and cancelled performances to slow and safe returns of live performance. Indeed, the downbeat of Die Meistersinger was nothing short of magnificent! While already, many amazing musical memories have been made, we now instead look forward into an even brighter future and are delighted Maestro Troy will be directing us there,” added Roberts.

Appointed the fifth Music Director of the Western Piedmont Symphony beginning with the 2019-2020 season, Troy has significantly built the quality of the orchestra and its programming. Many important changes have already occurred under Troy’s leadership, including an organizational rebrand, the addition of the Foothills Pops series, the addition of new musicians, built new audiences, a new master agreement with WPS musicians, the hiring of a new Executive Director, the addition of a new youth orchestra ensemble called Debut Strings, the addition of new supporters and grant sources, the development of a new strategic plan, increased musician service rates, addition of live-streaming options for patrons during the pandemic, the creation of an anti-racist statement and other inclusive policies, the acquisition of important new percussion equipment for the symphony, and rich collaborations with many important cultural and faith-based organizations in the Hickory area. Troy also received community-wide praise for the diverse, innovative programs that he created during the pandemic to increase awareness and keep the Symphony relevant during unprecedented times. Artistically, Troy draws acclaim for performances from the orchestra and local choruses. His substantial network has attracted world-class artists to Hickory, while his appointment of ten musicians to the orchestra to-date make WPS a destination for musicians in the region.

Troy is a remarkably engaged leader and arts advocate, and he is active as a speaker to various academic and civic groups, including Lenoir-Rhyne University and Rotary Clubs, among others. Under Troy’s leadership, WPS has focused on making music accessible to all and striving to help all who engage with WPS to feel a sense of welcome and belonging. Locally, Troy has participated in the Race & Reconciliation Committee of Catawba County and the planning and event committee for TedX Hickory.

Western Piedmont Symphony recently completed a successful return to live, in-person concerts over the 2021-202 season. The 2022-2023 58th season, Experience the Music. Hear Your Story, opens in September with a Chamber Classics concert and continues through May 2023. Complete season details and how to purchase tickets to be announced August 15. Visit wpsymphony.org for full schedule and information.

Troy began his tenure as music director of the Western Piedmont Symphony (Hickory, NC) in the 2019-2020 season. Previously, he held the position of music director and conductor of the Piedmont Wind Symphony (Winston-Salem, NC) from 2015-2020, where he transformed the organization and received many accolades for these successes. Troy has served as education conductor with the Oklahoma City Philharmonic, where he conducted the Discovery Family Series, educational concerts, Carnegie Hall’s Link Up concerts, and other outreach efforts. Recently, he made his Classic Concert Series debut with the Oklahoma City Philharmonic, to wide acclaim. Since 2010, Troy has previously held positions as conductor of the Fibonacci Chamber Orchestra, the Wake Forest University Orchestra, and the Salisbury Youth Orchestra. He has also served as assistant conductor of the Salisbury Symphony Orchestra and the University of North Carolina at Greensboro (UNCG) Symphony. Troy has led performances with many internationally renowned pops and classical artists, including Tai Murray, Jennifer Koh, Kelly Hall-Tompkins, Ben Folds, Boyz II Men, Pink Martini, Dee Bridgewater, Midori, Judy Collins, Anthony Dean Griffey, Eileen Ivers, The Wailers, Bryan Wallick, and many others.

Maestro Troy is known for innovative programming and partnerships, deep community involvement, and support for music education. He is recognized for creating an instant rapport with both orchestras and audiences, and for his unique ability to make classical music engaging and relevant to today’s audiences. Troy has pushed boundaries through a number of film and music projects. In April 2018, he crafted the program “Music Without Borders,” which focused on the ongoing refugee crisis both locally and abroad. This concert included music and partnerships for many countries affected by these issues, including a partnership with World Relief and local interfaith groups. Troy has commissioned new works, performed countless clinics supporting local music teachers, and created programs and received funding for outreach into the local prison systems. The 2017-18 season saw the creation of the “Female Fanfare Project” with the Piedmont Wind Symphony, which included the important contribution of female composers.

Troy is a passionate advocate for orchestral music and music education. As a viola/violin faculty member at the Music Academy of North Carolina, he received awards for excellence in teaching. Troy is a frequent conductor/clinician and has led numerous high school and middle school All-State and All-County clinics throughout the United States. In 2015 and 2016, Troy served as conductor of the Cannon Music Camp, where he also played viola in the faculty string ensemble. One of Troy’s most creative projects at the Winston-Salem Symphony was an educational program that partnered the orchestra with a San Francisco-based nonprofit organization called the African Library Project. This program, created in conjunction with the educational concert series and a corresponding short story competition, used music to focus on the importance of literacy both locally and abroad. Through this program, Troy raised over 50,000 books to start 50 new libraries for schools in Botswana, while allowing three students in Winston-Salem the opportunity to receive new instruments and music lessons. This program garnered national attention, and Troy was invited to lead a presentation on the project at the 2010 League of American Orchestras conference in Atlanta.

Troy maintains an active guest conducting schedule and has led performances with the Portland Symphony Orchestra, Greensboro Symphony Orchestra, the Carolina Chamber Symphony, Kensington Consort, the Philharmonia of Greensboro, Gate City Camerata, and the Triad Chamber Music Society. This season, he debuted with the Oklahoma Virtuosi Chamber Orchestra, also to wide acclaim. Troy also competed in the Jordanian International Conducting Competition. Troy earned a bachelor’s degree in music at UNCG, where he also completed his master’s degree in orchestral conducting as a student of Maestro Robert Gutter. He has studied at the prestigious Pierre Monteux School under Maestro Michael Jinbo and with renowned conducting pedagogues Maestro Gerard Schwarz and Maestro Kenneth Kiesler at the Conductors Retreat at Medomak. In addition to his conducting engagements, Troy keeps a very active schedule as a public speaker and is a member of the Conductors Guild, League of American Orchestras, and the Pi Kappa Lambda Honors Music Society. In his free time, he enjoys reading, studying new music, traveling, and singing.

Western Piedmont Symphony (WPS) is the professional orchestra of the western foothills of North Carolina. For 58 years, WPS has enriched and engaged the communities of Western North Carolina through high quality symphonic music with creative, relevant performances and educational opportunities for all ages. Each season, the Symphony presents an inspiring classical Masterworks series, a fun and unique Foothills Pops series, varying

ensembles in the Chamber Classics series, plus education and community engagement programs in the Unifour region, all under the artistic direction of Maestro Matthew Troy. Western Piedmont Symphony is supported by the North Carolina Arts Council and is a funded affiliate of the United Arts Council of Catawba County. Business offices are located on the SALT Block at 243 Third Avenue NE, Hickory. Box Office hours are 10:00 a.m. to 4:00 p.m. Mon. – Fri. For more information about Western Piedmont Symphony, call 828-324-8603, visit wpsymphony.org, or email [email protected]. Follow Western Piedmont Symphony on Facebook, Instagram, YouTube, or Twitter. 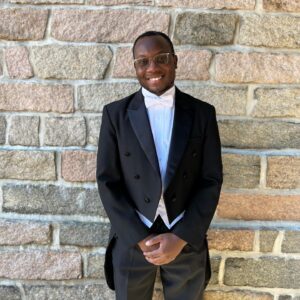 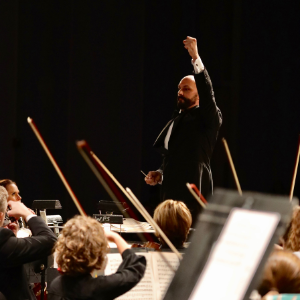 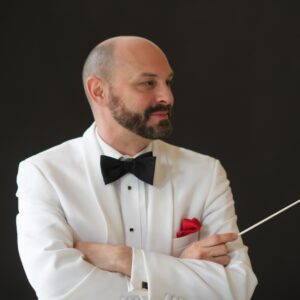